You may have heard of 3D movies and paintings, but would you dare walk on a 3D steel printed bridge? Amsterdam has just installed the world’s first, built to withstand heavy pedestrian traffic.

The bridge, which is now open to pedestrians and cyclists, was created by the Imperial College London and took over four years to build, according to a press release. The bridge was publicly revealed by Her Majesty Queen Máxima of the Netherlands.

The almost 40-foot structure weights 4.9 tons and will be carefully monitored using installed sensors. The creators will watch the bridges structural state and how to public interacts with it, according to the release. The data collected from the sensors will be transferred to a digital version of the bridge, which will mimic the physical bridge. This way, creators can test the performance of the physical bridge against the digital one.

The influence of tech:How technology is changing the sport of golf

The bridge was installed over the Oudezijds Achterburgwal canal in Amsterdam’s Red Light District and was being unveiled on July 15.

“A 3D-printed metal structure large and strong enough to handle pedestrian traffic has never been constructed before. We have tested and simulated the structure and its components throughout the printing process and upon its completion, and it’s fantastic to see it finally open to the public,” Imperial co-contributor professor Leroy Gardner of the Department of Civil and Environmental Engineering said in the release.

How was the bridge created? It was built using four industrial robots and took about six months of printing. Managed by Dutch company MX3D, welding torches were used by the robots to cement each printed layer of the bridge, according to the release.

In order to take the bridge from an idea to a walkway, the Imperial College’s Steel Structures Research Group conducted destructive force-testing on printed elements, real-world testing on the walkway and research on the development of an advanced sensor network, according to the release.

“3D printing presents vast opportunities for the construction industry, providing much greater freedom in terms of material properties and shapes,” added Leroy Gardner, the project’s other co-director. “This freedom also brings a number of challenges and will require structural engineers to think in new ways.”

Your DIY laptop fantasy is here at last

Sun Jul 25 , 2021
By design, the MNT Reform is everything your typical MacBook Air laptop is not. The Reform is a clunker that weighs about four pounds and measures 1.57 inches thick. It comes with a plethora of ports at a time when computer makers are removing them. It’s got a trackball — […] 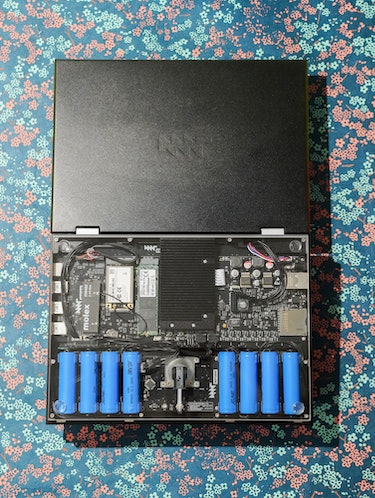