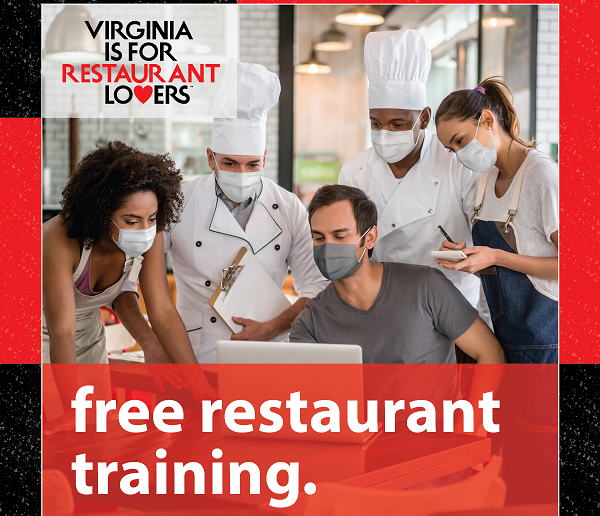 One of Addison Clark’s ads to promote the portal it built for the Virginia Restaurant, Lodging, and Travel Association.

A portrait Cade Martin shot for a March of Dimes campaign was selected by Communication Arts Magazine for inclusion in its 62nd annual photography competition. The photo was one of 109 projects selected by a jury among more than 2,000 entries submitted.

Addison Clark built an online training and registration system for the Virginia Restaurant, Lodging, and Travel Association. The portal is designed to help members of the hospitality industry in Virginia continue career growth. The agency also developed a marketing blitz to promote the portal that included social media, paid search and video content.

Locally produced PBS docuseries “The Good Road” was nominated for a national Daytime Emmy Award in the Outstanding Multiple Camera Editing category for lifestyle programs. The nomination is for the show’s eight-episode initial season, which featured music and engineering by In Your Ear Studio and virtual reality effects by VArtisans. Local producer Craig Martin co-created and cohosts the show. Awards will be announced later this month.

Familiar Creatures released a new spot for Mercy College. The 30-second clip targets transfer students and shows the journey of one student finding her way to the New York college. The agency also produced animated videos for CarLotz. Overcoast Music handled audio for the 30-second clips.

LRL Racing selected three students for its sports marketing internship program. Elizabeth Custer of Richmond is at Elon University, Claudia Perez is at VCU and Georgia Daniels is at UVA.

The Idea Center was hired by Plasma Pen, a UK-based company that manufactures a non-invasive, nitrogen plasma device. The agency will be handling the company’s digital marketing, website and social media in the U.S.

Idea Center added Gastrointestinal Specialists Inc. as a client. Work for the local company will include a website redesign and search engine optimization. The agency also launched a website for Injectables Edu, a local company that provides training for starting an aesthetics business.

Elevation was hired as agency of record for Propane Education & Research Council. Its first assignment was to concept, test and develop a new brand platform for the Washington, D.C.-based nonprofit.

Called “Propane: Energy for Everyone,” the brand platform is being applied to the council’s website and educational materials and introduced to national propane providers and state associations with video, direct mail and marketing collateral. Future work will include brand strategy, creative development, campaign production and design services.

The logo Elevation developed for the Propane Education & Research Council.

Whittington Consulting was hired by Virginia Business Systems. Work for the office equipment company will include SEO consulting, website redesign and HubSpot implementation and maintenance.

Tue Jul 13 , 2021
Leaked renders have fully revealed the lineup for Samsung’s next Unpacked event — including the Galaxy Z Fold 3, Z Flip 3, S21 FE, and more. Samsung is set to hold its next Unpacked event in July or August, but thanks to a recent leak, there’s hardly any need for it at […]