“The big goal is for the way-finding apps to not direct people to go through residential communities,” said Rafael Martinez, Director of the El Dorado County Department of Transportation.

The county sent letters to way-finding companies, informing them of the changes. California Highway Patrol is backing the county’s decision, which provides more incentive for the apps to change routes.

“Knowing all the issues the locals are dealing with and how impacted they are, we support the counties’ plan,” said CHP Lt. Ken Nelson.

Locals living in the communities off of U.S. Highway 50 have dealt with people littering and relieving themselves in the yards and have had issues coming and going from their homes during busy times.

If locals provide positive feedback on the turn restriction program, Nelson will see the program as a success.

In addition to the apps cooperating, Martinez said he also hopes to change habits of the drivers who are accustomed to using the side streets.

“We want to retrain people that the route they are using are not legal,” Martinez said. He said even a 20-30% reduction in traffic will be seen as a success to the county.

After a grace period, where the partners will be able to get information about the changes out to drivers, Nelson said he will direct his officers to begin handing out citations. Another barometer for success is how many citations they do give out. Nelson said if people aren’t getting the message or the risk of the citation isn’t enough to deter them, then he doesn’t think the program is successful.

If implemented, the full program will include 21 turn restrictions. Martinez said he chose these two specific locations for the pilot because they are the most “outrageous.“ The county wanted to run the pilot in the summer because traffic is heavy but there is visibility and ability to make quick decisions, which isn’t available during the winter.

However, if the summer pilot is successful, Martinez said they will extend the pilot into winter. After winter, they will determine if its worth implementing the full program.

For Nelson, safety of the locals is one of the main reasons he’s supporting the program. Not only big emergencies like accidents or fires but also day-to-day activities like being able to get medications, getting to the doctor and being able to get groceries.

“We’re making sure the people can live back there safely and happily,” Nelson said.

And while, if successful, these restrictions will add more traffic to Highway 50, Nelson said the highway is designed to handle it and the side streets are not.

Even if the program is not successful, Nelson wants to commend the county for making an effort to address the problem.

“We can cancel the program at any time but I hope people recognize the partners are trying to solve the problem,” Nelson said.

Wed May 19 , 2021
Credit: CC0 Public Domain Washington State University researchers have developed an innovative way to convert plastics to ingredients for jet fuel and other valuable products, making it easier and more cost effective to reuse plastics. The researchers in their reaction were able to convert 90% of plastic to jet fuel […] 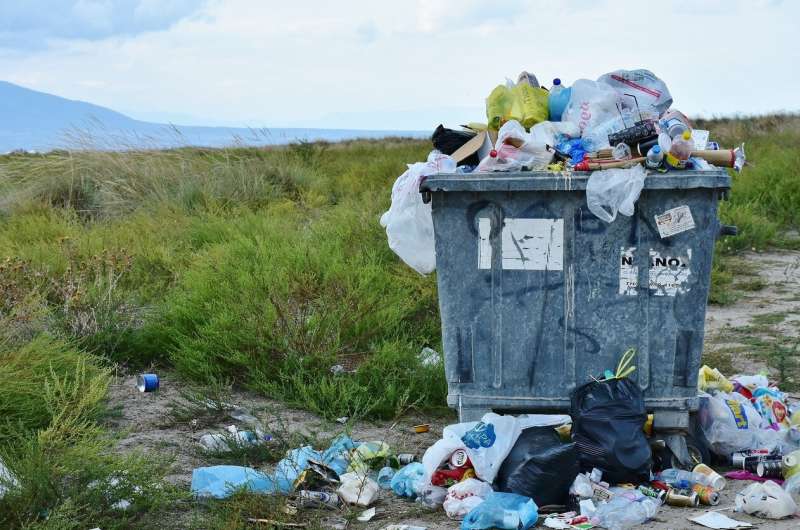