Mobileye shares closed up more than 37% in their stock market debut on Wednesday after the maker of technology for self-driving cars was spun out of Intel.

In a year that’s seen no significant tech IPOs in the U.S., Mobileye offers investors an opportunity to get in on area of growth. But it’s not a new name for the market.

Mobileye was publicly traded before Intel bought the Israeli company in 2017 for $15.3 billion. At its IPO price of $21, Mobileye was valued at just $17 billion, resulting in minimal gains for Intel thus far. The stock, trading under the ticker MBLY, rose to $27.85 on Wednesday.

Intel will retain control of Mobileye and hold over 750 million shares of Class B stock, which has 10 times the voting power of Class A stock. The company said in an Oct. 18 filing that it expected the offering to be priced between $18 and $20 per share.

The IPO raised $861 million, and the move to list Mobileye on the Nasdaq is part of Intel’s broader strategy to turn around its core semiconductor business, which has lagged behind rivals like AMD and Nvidia in recent years. Intel said it would use some funds from the Mobileye listing to build more chip factories as it embarks on a capital-intensive process to become a foundry for other chipmakers.

However, Mobileye’s market cap is far below Intel’s earlier expectations, the latest sign that tech investors have cooled on IPOs and have readjusted their valuations from the frothy days of the past half-decade as interest rates rise and the economy slows.

Read more about tech and crypto from CNBC Pro

Founded in 1999, Mobileye has partnered with Audi, BMW, Volkswagen, GM, and Ford to develop advanced driving and safety features such as driver assist and lane-keeping using the company’s “EyeQ” camera, chips, and software. Mobileye CEO Amnon Shashua said in the IPO filing that 50 companies are currently using the company’s technology across 800 vehicle models.

Revenue in the second quarter jumped 41% to $460 million. Net loss narrowed to $7 million from $21 million.

Class A stock is what investors will buy in the IPO, and Intel expected there to be 46.26 million Class A shares outstanding, with the potential for more if the underwriters decide to exercise their option to purchase additional shares.

Intel shares were down slightly on Wednesday and have lost about 47% of their value this year, while the Nasdaq is down 29%.

Thu Oct 27 , 2022
OMAHA, Neb. (WOWT) – CHI Health’s computer system remains shut down, the result of a nationwide ransomware attack on its parent company that has affected countless patients and healthcare workers. Now some scammers are using the news as an opportunity to prey on consumers. It seems phone scammers are always […] 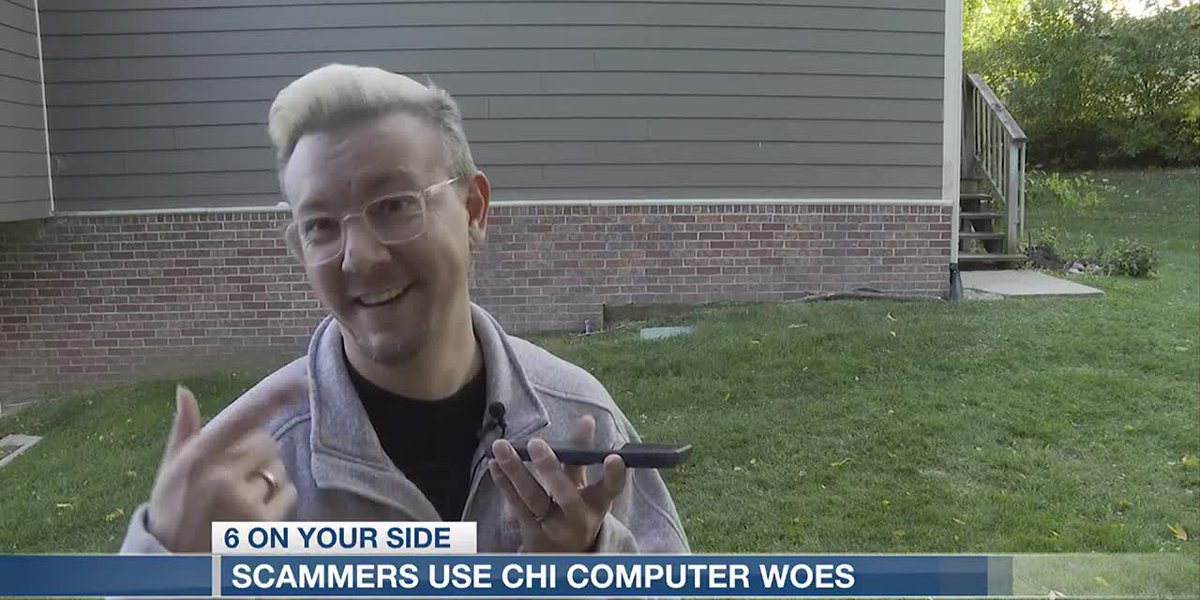