I started noticing the problem a few weeks ago. iOS was offloading some of my apps (a word it uses for deleting the app but keeping the data on the iPhone to free up space).

Then I noticed that more apps were offloaded. Apps that I needed. Sure, I just had to click on them to re-download them, but clearly the problem was quite serious.

I finally had to face up to the problem.

A problem I’d created for myself with drone shots and video, screenshots, downloaded memes, and so on.

Must read: The best browser to replace Google Chrome on Windows, Mac, iPhone, and Android

I started to tackle the problem manually, but soon realized I was out of my depth. It had grown out of hand. And while it was clear that there was a lot of junk — blurry photos, duplicates, six copies of memes, and tons of screenshots — there were also nuggets of gold buried amongst the dirt.

So, I recruited help.

I downloaded MacPaw’s Gemini Photos. MacPaw makes one of my all-time favorite Mac apps — CleanMyMac — so I was so certain that it would be quality that I threw caution to the wind, paid the $19.99 for a year’s subscription, and let it loose on my photos. Gemini doesn’t go hog wild and delete anything and everything it thinks is trash and leave you to pick up the pieces. The final choice is up to you. What Gemini does is it finds the best photos (you know, the ones that aren’t blurry or out of focus or where people have their eyes closed), as well as duplicate photos and screenshots. It also allows you to quickly review videos, which can take up a colossal amount of space.

And it does a good job.

I had over 12,000 images to begin with, but after letting Gemini do its thing and then spending some 30 minutes going through the app’s suggestions of photos and files to delete, I’m down to just under 6,500, which has freed up gigabytes of space (live photos and video take up a lot of storage) and left me with almost 20 gigabytes to fill up with junk in the future.

And despite getting that big job done, Gemini is still working, examining all the new junk I’m filling up the space with — which will make keeping on top of the problem periodically a snap.

Your mileage may vary, and you might prefer to go through everything manually, but in my situation — where I’d created for myself a big headache that would have taken hours to solve — it was the perfect solution.

Yes, it cost money, but in my opinion, it was money well spent (and there was the option to subscribe for a month for $5).

Sat Jul 10 , 2021
Are These The Best Online Retail Stocks To Buy Today? Online retail stocks have been on the rise in the stock market over the past few years. In today’s world, almost everything can be done online. So, it would only be natural that retail is shifting to the internet as […] 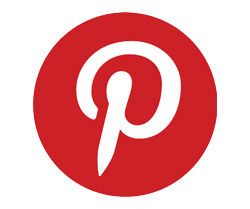