The House Judiciary Committee has advanced a series of bills aimed at reining in the power of  Amazon, Apple, Facebook, Google and other tech giants. The next step for the legislation, which could have sweeping consequences for the tech industry, will be a debate and vote in the full House of Representatives.

The committee process, which took place Wednesday and Thursday, is part of markup, in which lawmakers in the House Judiciary Committee discuss the proposals and any amendments before deciding whether they should advance legislation to the full House.

The package of antitrust bills aimed at Big Tech has wide bipartisan support and is an example of a rare instance in which key Democrats and Republicans on the Judiciary antitrust subcommittee are working together. Rep. David Cicilline, a Democrat of Rhode Island and the subcommittee’s chairman, and Rep. Ken Buck, a Republican of Colorado and the subcommittee’s ranking member, collaborated on an 18-month investigation of tech companies. The subcommittee’s report, made public in October, concluded that the companies use their monopoly power to stifle competition.

If passed, the legislation would mark the most meaningful change to antitrust law in decades. The bills, introduced earlier this month, would force changes in how the companies do business, require changes to how their products operate and even break up companies. One bill, for example, would outlaw acquisitions meant to squash competitors or to expand “market power.” Another would bar companies from collecting data from developers and other firms using their platforms. There’s also a bill to force companies to allow users to easily switch from one tech company’s products to another’s.

The tech industry has mounted an aggressive campaign against the legislation. On Thursday, Speaker of the House Nancy Pelosi confirmed that she had spoken with Apple CEO Tim Cook about the legislation, a conversation earlier reported by The New York Times.

“If you have a substantive concern, put it forth as Congress works its will,” Pelosi said she told Cook. She made the comments at a press conference.

In spite of the bipartisan support for the bills, the debate during the markup hearing was lengthy, often veering into unrelated topics. The first bill that advanced out of the committee was the Merger Filing Fee Modernization Act, which would increase merger filing fees to give the government more money to enforce antitrust laws. It’s considered the least controversial bill of the antitrust package. It was debated for three hours before passing out of the committee 29-12.

All the Democrats on the committee supported the bill, along with some Republicans: Buck, Chip Roy of Texas, Burgess Owens of Ohio, Matt Gaetz of Florida and Victoria Spartz of Indiana.

Some Republicans, such as Rep. Jim Jordan of Ohio, who’s also the ranking member of the full Judiciary Committee, objected to the bill, arguing for more restrictions on how the Federal Trade Commission and the Justice Department will spend the additional funds. As he often does, Jordan also used his time to accuse the major tech platforms of censoring conservative voices online, a charge the companies have repeatedly denied.

There was also time spent debating amendments that seemingly had little to do with the legislation. For example, Roy proposed an amendment that would prohibit the FTC and DOJ from using increased funding to promote critical race theory.

Democrat Rep. Jamie Raskin of Maryland called such amendments a “distraction” from the task at hand. Buck noted to his fellow Republicans opposing the bill that similar legislation passed the Senate unanimously.

Pushback from tech giants has begun

On Wednesday morning, ahead of the markup hearing, Apple published a statement to make its case to lawmakers on Capitol Hill. Apple, which has had tight control over its App Store since the store launched in 2008, argued against a provision in one of the bills that would force the company to open the store more to outside developers.

“Today, our phones are not just phones; they store some of our most sensitive information about our personal and professional lives,” Apple began in its statement, which spans more than a dozen pages. “Allowing sideloading would degrade the security of the iOS platform and expose users to serious security risks not only on third-party app stores, but also on the App Store.”

Amazon and Google have also begun pushing back on the legislation. The companies each released statements Tuesday opposing the bills and calling for the Judiciary Committee to slow down its process, which has moved from the introduction of the legislation to markup within two weeks.

But members of the committee defended the process. During the markup hearing, Buck tweeted: “The House Judiciary Committee’s markup of my antitrust legislation is not rushed. The Antitrust Subcommittee’s investigation was 18 months long. Our bipartisan bills are the result of that investigation, and my colleagues have had the bills for over two weeks.”

Getting through the House Judiciary Committee was just one step in the full process. Eight House Democrats have already signaled concerns similar to those of the tech industry. But the challenge for passage of the bills is even greater in the Senate, which requires 60 votes to override any potential legislative filibuster. Republican Sen. Josh Hawley of Missouri has actually pushed for stricter antitrust measures. It’s unclear how many others support his stance.

In general, some Republicans, such as Jordan, have argued the bills do little to address their concerns about how big media companies handle opinions of conservatives.

Tue Jun 29 , 2021
Share Tweet Share Share Email Digital Marketing is one of the fastest growing industries in the field of online marketing. It covers a wide range of activities which are implemented by companies world wide to improve brand recognition, create new consumer awareness and […] 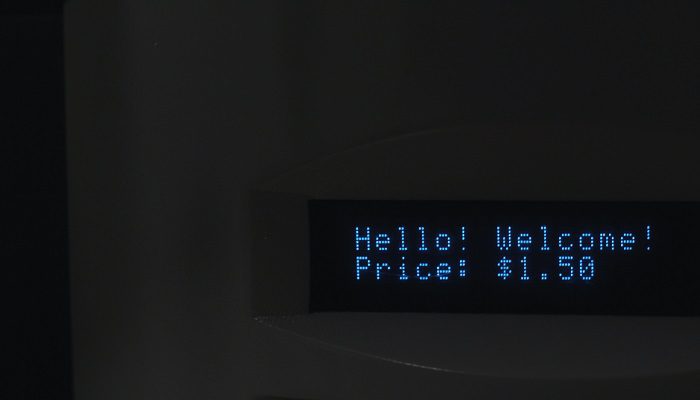