Google Chat officially launched for consumers recently, and that means the time has come to dive back into everyone’s favorite subject: Google messaging services!

Google Chat is the latest in Google’s long and prodigious line of (usually) short-lived messaging applications, but this one is a bit more important than most of the others. While the “~2 years and under” club is packed full of losers—like Google Wave (2009-2010), Buzz (2010-2011), Disco (2011-2012), Google+ Messenger (2011-2013), Spaces (2016-2017), Allo (2016-2019), and YouTube Messages (2017-2019)—one continual throughline has been original Google Talk users. Google Talk was Google’s inaugural chat application that started in 2005 (it’s often unofficially nicknamed “GChat”). In 2013, Google Talk got an in-place upgrade to Google Hangouts, which was (mostly) compatible with Google’s OG chat service. Now, Google Hangouts users will be seamlessly upgraded to Google Chat, resulting in 16 years of turbulent-but-functional Google messaging.

These days it feels like all I do is spread doom and gloom about Google’s latest shutdowns or dead-on-arrival messaging app rollouts. But know up front that Google Chat is actually pretty good! Needing to be compatible with Google Hangouts—to date, Google’s best-ever messaging app—means it’s also a worthy successor to Google Hangouts. This app has lots of client support, online accounts instead of the limited phone number system pushed by Google Pay and Google Allo, and a smooth transition process for your existing chats and contacts. It’s not as fully featured as more stable chat systems that have been around for years, but if you’re looking for the basics across tons of devices, this 1.0 version of Google Chat is truthfully not bad.

Google has presided over some dumpster-fire service transitions recently. But when the inevitable Google Hangouts shutdown arrives (date still TBD), our time with Google Chat so far indicates that won’t be a huge disaster.

Enterprise first: Why Google Chat actually has a chance at survival

You could fill a graveyard with Google’s previous instant-messaging apps, but—and I can’t believe I’m going to write this—I genuinely think Google Chat has a better chance at survival than its many ancestors. The big factor is “money.” Despite Google’s machine-gun fire of messaging-app releases, until now Google has never released a messaging app with a solid monetization plan. Google Chat changes that.

Google Chat grew out of the Google Workspace (previously called “G Suite”) division as a competitor to Slack. Google charges money for Workspace, and that makes it one of the more stable branches of Google’s product line. Earning money usually means survival, and Google Chat will be earning money as part of Workspace.

Technically, Hangouts spent some time as part of the Google Workspace package, too, but I’m filing the eventual death of Hangouts under “not invented here” syndrome. Hangouts and Google Chat are both Google products, but Google’s various divisions don’t really work together or coordinate in the end. That’s part of why we’ve had so many messaging apps to begin with. Hangouts was born from the Google+ Project, which was the one time Google worked together as a company (bribes were needed to make that happen). When Google+ died, Hangouts became an orphan.

Hangouts was eventually adopted by the G Suite division, but it never really met the needs of businesses, so it was discarded.

In the years since Google Hangouts launched, Slack has become an enterprise juggernaut. An enterprise chat app is the normal way businesses communicate now, especially with work-from-home becoming an increasing reality. If you want to put a dollar amount on the value of a good enterprise chat app, it’s apparently $27.7 billion, which is how much Salesforce paid to acquire Slack this December. Perennial Google competitor Microsoft jumped into the enterprise chat market, too, launching Microsoft Teams in 2017. Teams is, believe it or not, bigger than Slack now.

We’re covering the consumer launch of Google Chat, though, which will eventually suck up an army of consumer users when it replaces Google Hangouts. So why is Google Chat also an enterprise chat app? Nobody really knows outside of Google. Google’s actions over the last 16 years have indicated that it doesn’t think consumer messaging is a valuable service worthy of continued, stable investment. Individual employees start a project, but if they leave or get promoted, no one picks up the mantle and the project dies. Often, no one at the company mourns or even notices the death. This is in contrast to services like Ads, Search, Gmail, Chrome, or Android, which can have numerous personnel changes yet will keep running. They’re considered important.

I want to stress that this is the complete opposite of how most of Google’s competitors think. iMessage, for instance, is absolutely a pillar of the Apple ecosystem, and Apple called it “one of the most important apps in a mobile environment.” But Google’s logic seems to be “consumer messaging doesn’t show ads and therefore is not worthy of long-term support.” If we follow that line of reasoning, piggy-backing a free, consumer chat app onto your moneymaking enterprise chat app makes some amount of sense.

Being “enterprise first” also explains some of the more bizarre UI decisions of Google Chat. Some parts of the UI are the way that they are because that provides a rough facsimile of Slack. The rest of us just kind of have to deal with it, but it’s weird in practice.

Wed Jul 14 , 2021
Virginia Beach, VA, July 12, 2021 (GLOBE NEWSWIRE) — We’re thrilled to announce the launch of our new book. The aim of this helpful new book is to advise lawyers on how to get their firm to stand out from the crowd with proven techniques. Precision Legal Marketing is thrilled […] 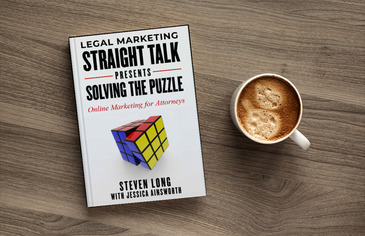