Leaked renders have fully revealed the lineup for Samsung’s next Unpacked event — including the Galaxy Z Fold 3, Z Flip 3, S21 FE, and more.

Samsung is set to hold its next Unpacked event in July or August, but thanks to a recent leak, there’s hardly any need for it at this point. High-quality renders for all of the expected announcements have been revealed, including the Galaxy Z Fold 3, Galaxy Z Flip 3, Galaxy S21 FE, Galaxy Watch 4, and Galaxy Buds 2.

It’s safe to say 2021 has been a busy year for Samsung. The company kicked things off in January with the Galaxy S21 series — consisting of the S21, S21+, and S21 Ultra. While there hasn’t been a big flagship launch from Samsung since then, the months in between have been filled with tons of smaller announcements. This has included affordable phones like the Galaxy A52 5G, mid-tier tablets with the Galaxy Tab S7 FE/Tab A7 Lite, and plenty more.

Samsung has confirmed that it’s holding a big Unpacked event later this summer to unveil its latest product offerings. However, all of those have seemingly been revealed. Reliable leaker @OnLeaks recently tweeted, “#GalaxyUnpacked 11 August 2021.” Following that, he started a thread with 360-degree renders of all the products Samsung will showcase at the event. As it’s been rumored for some time now, one such gadget will be the Galaxy Z Fold 3. These latest renders showcase the phone’s new camera bump, more rounded corners compared to the Z Fold 2, and three colors — white, dark green, and black. Also present in the leak is the Galaxy Z Flip 3, Samsung’s other folding phone. It’s presented in four colors (violet, black, gold, and green) and confirms a two-tone design that’s been mentioned in other leaks before this.

For people that aren’t quite sold on the folding phone niche, this Unpacked should have something for them, too. @OnLeaks also shared renders of the Galaxy S21 FE. The S21 FE is expected to be a more affordable version of the regular Galaxy S21 that launched earlier this year, offering a very similar experience at a more competitive price. These renders reveal the S21 FE will have a very similar design, albeit with slightly larger display bezels and no two-tone design. It will still come in some fun colors, however, including white, dark yellow, violet, and black.

Moving from smartphones to smart accessories, there’s also the Galaxy Watch 4. Samsung’s expected to launch two variants of its upcoming smartwatch, including the Watch 4 Classic and Watch 4 Active. Both are present in this leak, and they appear to come in the same three colors — gray, black, and white. The Watch 4 Classic will get a few additional styles, however, including dark green and peach. Last but certainly not least, there are also renders for the Galaxy Buds 2. These latest renders match ones that leaked in late June, showing the earbuds in a two-tone design with green, violet, and white colors.

Although nothing new is revealed in this leak dump, it provides the best look yet at everything Samsung has in the pipeline. The new foldables look fantastic, the S21 FE should be one of the best Android deals of the year, the Galaxy Watch 4 could prove to be a formidable Apple Watch competitor, and the Buds 2 will be a welcome low-cost alternative to the Buds Pro. Assuming @OnLeaks’ prediction of an August 11 date is right, there’s not too much longer to wait before Samsung makes all of this official.

Joe has been actively writing and talking about consumer tech since 2012. His biggest passion lies with smartphones, but he’s happy to talk your ear off about just about anything with a CPU. He lives in Kalamazoo, MI with his wife, two cats, and pit bull/boxer mix.

Tue Jul 13 , 2021
Credit: CC0 Public Domain Material scientists have developed a fast method for producing epsilon iron oxide and demonstrated its promise for next-generation communications devices. Its outstanding magnetic properties make it one of the most coveted materials, such as for the upcoming 6G generation of communication devices and for durable magnetic […] 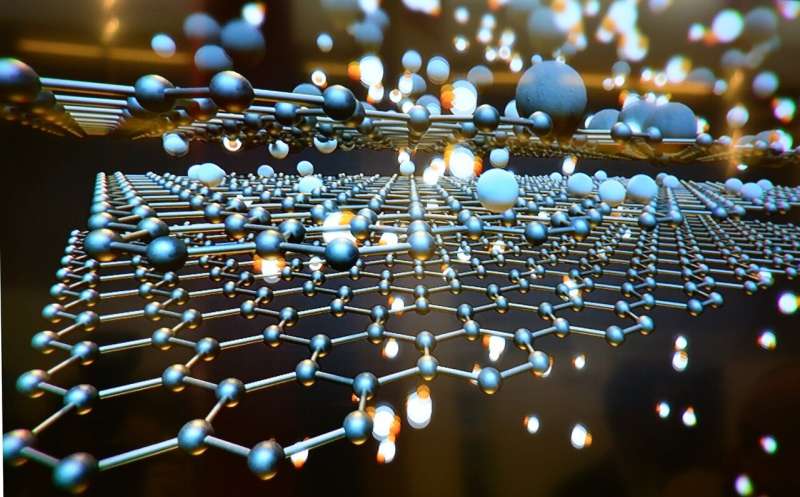