CHARLOTTE, N.C. (WBTV) – A massive error within the North Carolina court system could lead some to believe they no longer have charges when that’s not the case.

A North Carolina courts spokesperson tells WBTV this has never happened before.

The 16,000 charges incorrectly shown as ‘dismissed’ were only cases in Mecklenburg County – a county already dealing with case backlogs and is now working to correct this computer error.

“We’re fighting very, very hard, and despite again challenges like these, we believe we can overcome them,” Mecklenburg County District Attorney Spencer Merriweather said.

The DA didn’t approve that.

“This is not the first time that we’ve engaged in this sort of large project, and it’s been done successfully. Usually what we expect is sort of a surgical scalpel sort of operation when it comes to the disposition of cases, and this time it looks like they pulled out the ax,” Merriweather said.

WBTV is told immediate action was taken to stop the process once the error was detected.

DA Merriweather plans to reinstate as many of the erroneously dismissed charges as possible.

Of the 16,000 incorrectly shown as dismissed charges, approximately 300 were DWI offenses, and others involved cases where drivers sped at dangerously high levels.

“When they’re not held accountable for the low-level crimes and fly under the radar, their crimes escalate. We did the research for 11 years,” said former Executive Director of Charmeck Court Watch Marcus Philemon.

Philemon is a victim’s advocate.

“Transparency. We need names, we need positions, we need to know if there’s a backup plan, and we need to make sure that this doesn’t happen again,” said Philemon.

Of the 16,000 charges shown as dismissed, Merriweather tells WBTV they’re limited to traffic and misdemeanor charges and no felonies.

The Meck. County DA’s Office said that a ‘massive’ backlog of cases prompted the initial action to dismiss cases.

We’re told there are hardly any victim-impacted cases that are listed as dismissed.

“Many court cases have multiple charges within a given file number.  In the Mecklenburg County situation, the Mecklenburg County District Attorney directed dismissal of certain charges such as traffic infractions and other low-level misdemeanor traffic offenses within a list of over 90,000 file numbers.  When the computer program was executed, however, the program dismissed all charges within the file numbers provided to AOC – some of which the District Attorney did not authorize to be dismissed.”

WBTV asked Wilson if there is any sort of backup file and to explain the record-keeping process and how the technical error came to play.

“Yes. Records are maintained in paper format in the Mecklenburg County courthouse that corresponds to the AOC mainframe index. AOC also has an archived file of these cases.  AOC immediately halted the program and has identified the affected cases.  AOC technical staff are working with District Attorney Merriweather and his team to take appropriate restorative action to ensure the AOC mainframe index matches the action taken by the District Attorney, similar to when a court official mistakenly keys in a disposition in the AOC system,” Wilson said.

We’re told there is no timeline for when this will all be fixed, and this will not impact future court cases.

The James Bond gadgets that now exist in real life

Fri Oct 7 , 2022
There are many things that James Bond is well known for, including martinis, a brassy theme song and an almost unbelievable amount of success with wooing the ladies. But what makes the fictional spy truly iconic is his vast array of high-tech, and occasionally absurd, gadgetry.  The first Bond novel, […] 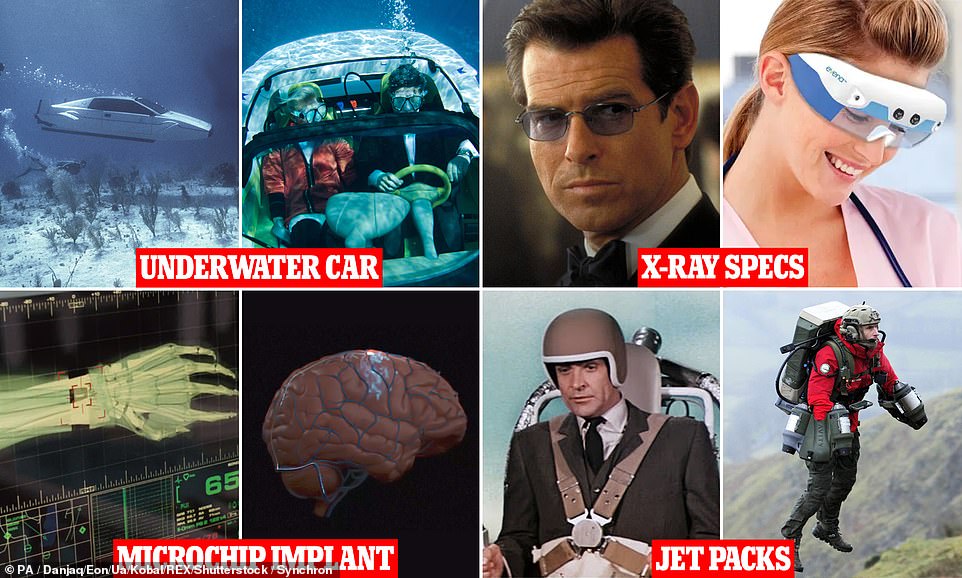