As someone who remembers bulky VHS camcorders, devices like the Genki ShadowCast remind me of just how far we’ve come as human beings.

I mean, yeah, we continue to get bogged down by things like territorial fights and political disputes just like our ancestors. But those guys could only dream of streaming Super Smash Bros. on a laptop. Heck, I just saw a billionaire fly to space in a private spacecraft this morning.

2021 Gadget Gift Guide:Gadget Gifts for All Ages and Every Budget

Which brings us to this little dongle that can from Genki. The Shadowcast is the latest in a line of portable gadget solutions for the Nintendo Switch, which includes the Genki Covert Dock and Genki Audio Bluetooth Adapter. This particular gadget is quite the multitasker to boot, serving up video capture, streaming and even the ability to turn pretty much almost any camera into a webcam. Just how well does it do all these things? Let’s take a closer look.

Admittedly, the purpose of the ShadowCast can be confusing due to the multitude of tasks that it’s being marketed for. Honestly, though, it’s really not that complicated. Basically, the ShadowCast is a device that allows you to connect any HDMI signal to your computer or laptop. When you think of it that way, then everything makes sense. If a device has an HDMI out, then it will work with the device. So while the device is being primarily pushed as a Switch device, it works with a ton of devices.

That being said, gaming is a big thrust of the ShadowCast and will likely be the primary reason that a lot of folks will give it a look. At the top of the list is using it to output your Switch signal to your computer. Genki boasts low latency when using the ShadowCast either with the Genki Arcade app or Chrome browser plug-in. This means you can play games on your computer screen with no problem.

Having tested this feature, I must say that Genki did a good job in this regard — much better than I expected, for sure. I found myself able to play a selection of games such as Monster Hunter Rise and New Pokemon Snap without much issue, for example. Things change, however, when you play fighting games or titles that rely more on twitch mechanics. When playing Super Smash Bros., for example, you will start noticing the lag, which, while not bad, is enough to hamper your performance in a competitive situation. I also had the same issue when navigating difficult sections for Super Mario 3D World. As such, it is best used with games that don’t require a quick response.

That being said, the ShadowCast is infinitely less laggy than my Elgato HD60’s two- to three-second delay in outputting video footage to the computer itself. The Elgato pretty much requires you to use its passthrough feature to a TV if you want to play while using it whereas the Genki can be played straight from the computer display, with the aforementioned caveats, of course.

Will it capture your heart?

Speaking of the Elgato, the Shadowcast can also be used to capture game footage. At $49.99, it is much cheaper than an Elgato HD60 S or S+, which can run from $140 to $200. At the same time, your options with the ShadowCast are also limited. Its 1080p output, for example, is limited to 30 frames per second, so you’ll need to drop down to 720p if you want 60 FPS. The footage from the ShadowCast also looks more compressed.

One advantage that the ShadowCast has over the Elgato HD60 series is its size. Not only can the device fit easily in your jeans’ pocket, it can even fit in that piddly, little mini-pocket you never really use. This makes it a good option in a pinch if you’re out and about and need to travel light.

Then again, the same can be said about a good number of generic capture dongles that are for sale on Amazon, some of which are priced under $20. In fact, these dongles can also do one of the features I especially like about the ShadowCast, which is using any camera with an HDMI out like a portable shooter or even a DSLR as a webcam. As someone who struggles with the video quality of webcams in general, especially those on my work laptop, the ability to use my infinitely superior Canon and Sony cameras is one of the reasons I like the ShadowCast. It would actually be one of the reasons that I would recommend it.

One advantage that the ShadowCast has over cheaper generic capture dongles is its more developed ecosystem, which includes Genki Arcade. Its braided cables also look nicer and have a more premium feel. Setup can be an issue. While it’s basically plug-and-play, I ran into challenges making the device work on my niece’s Macbook in conjunction with the app while I was visiting her during vacation. I was able to make it work easily on my Windows laptop with the Chrome app but your mileage might vary when it comes to setting up as it can either be incredibly easy or tougher than it should be depending on the equipment you’re using.

All in all, the Genki ShadowCast lies in this middle ground between options from Elgato and a range of generic competitors. Whether it works or not for you depends on your budget and what your needs are. It’s the perfect example of a jack-of-all-trades and master of none. If you’re looking for an all-rounder that does a solid job with various features, however, the ShadowCast is worth a look.

Jason Hidalgo covers business and technology for the Reno Gazette Journal, and also reviews the latest video games. Follow him on Twitter @jasonhidalgo. Like this content? Support local journalism with an RGJ digital subscription.

Tue Jul 13 , 2021
Enlarge / Google Chat, in just some of its many form factors. Google Chat officially launched for consumers recently, and that means the time has come to dive back into everyone’s favorite subject: Google messaging services! Google Chat is the latest in Google’s long and prodigious line of (usually) short-lived […] 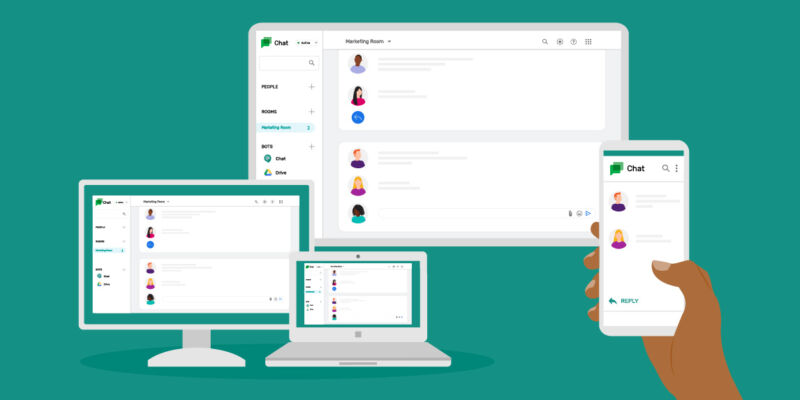