Looking for the best camera apps for your iPhone or Android phone? With so many great third-party options available for both platforms, it can be tricky to work out the best way to upgrade from your phone’s stock camera app – but luckily we’ve done all the hard work for you in this guide.

Why upgrade to a third-party camera app? Chances are, your smartphone already has great camera hardware. Even mid-range devices pack enough photographic power to make DSLRs exchange worried glances. Meanwhile, flagship Android and Apple phones have even caused some photographers to dispense with traditional kit entirely.

But hardware is only part of the puzzle. To access your camera’s best bits, you need great apps. Apple prides itself on elegance and simplicity; consequently, its first-party Camera app is basic and you’ll want more. Fortunately, the App Store is full of camera apps for every skill level and use case. Our top pick right now for the title of best camera app for iPhone is the superb Halide Mk II.

Android’s a tougher proposition: the huge variety of hardware makes it tricky for developers to support and test their apps; and Android users aren’t generally supportive of premium apps. However, you might find your built-in camera app is pro-grade and packed with features; if not, there are still goodies to be found – and we’ve scoured Google Play to unearth them. Right now, we reckon the best camera app for Android is Open Camera.

That said, you might be looking for something a little more specialist than those all-rounders. Here, then, are our pick of the best camera apps for Android and iPhone, whether you need something serious or fancy shooting some snaps just for fun.

Need a pro-grade camera app for iPhone? With Halide, the claim is right there in the title. This isn’t hyperbole either – the app is full of tools that squeeze every drop of power out of your iPhone camera, and yet the interface manages to avoid clutter and therefore should not intimidate newcomers.

With Halide, it’s not just the amount of control that impresses. Sure, you get manual focus and exposure settings, an on-screen histogram, grid and levels tools. But the app takes extra steps to help you perfect your snaps: a focus loupe for nailing sharper shots; focus and exposure peaking; a live pulse-like depth data view in portrait mode – and portrait mode for objects and pets on older Apple devices.

For pro-oriented photographers, Instant RAW will be the standout feature. Using the company’s deep knowledge of photography, it develops raw shots with a tap, quickly getting you to something that looks great. Should you want to, it’s possible to shoot to DNG raw and Smart HDR simultaneously. In short, this is the best camera app on iPhone.

Obscura Camera is more than just an interface – but that’s a good place to start. Everything is designed around dials that echo those found on real-world camera hardware. This tactile touch is fun, making for a friendly, usable pro-oriented app.

Even when using a surfboard-sized iPhone, everything should be within easy reach of a single thumb. Focus and Expose buttons flank the shutter; when one’s tapped, a dial lets you quickly make adjustments. The story’s similar for the main menu, which houses on-screen guides, white balance and a timer (three, five or 10 seconds). The system’s less effective when you need to switch between lenses and format options, but that’s a minor grumble.

Another nice touch is built-in library tools stashed behind the main interface. Drag the entire interface downward, select a snap and you can view its metadata – and perform actions like duplication, filter application and sharing. Top marks, then, for an app that lets you shoot like a pro but that feels good too, bringing a rare sense of physicality to the touchscreen.

Open Camera is a software aberration: a pro-oriented camera app that isn’t garbage. In fact, it’s deeply impressive, placing camera customization and control in the hands of any Android device owner, regardless of the quality (or lack thereof) of their device’s native camera app.

A pop-up menu in the main view provides fast access to various goodies for powering up your snaps. If your device supports the Camera2 API, you can force Open Camera to use it, potentially giving you access to a range of more advanced features, such as manual focus, burst mode and raw shooting.

The app’s interface is utilitarian and its settings can overwhelm as you explore dozens of menus to make tweaks. But when you’re finished and deep into shooting – not least when you’re staring at a screen buzzing with focus assist tools and zebra stripes that are usually the preserve of premium apps – none of that matters.

For $10, Open Camera would be a bargain. For free, it’s a must-install and the best camera app for Android – assuming you’ve the time and inclination to spend time setting it up.

There’s a lot going on in ProCam 8. In the standard camera mode, there are easily understood manual controls, a timer and anti-shake. You can quickly select an output format. When adjusting focus, a loupe helps ensure everything is pin-sharp in the right places, while zebra stripes can be added to warn you about over-exposure. Everything is snappy and accessible, even if the screen’s prone to clutter, due to the many options.

But you can dig deeper. Tap the arrow next to the shutter and you discover a wealth of additional modes: time lapse; video; burst; slow shutter (for motion blur, light trail and low light); portrait; 3D. There’s an editor as well, with 17 creative lenses that add pizazz to an app that on the surface might otherwise appear dry and conventional compared to its iPhone contemporaries.

Really, though, ProCam 8 is best described as straightforward and versatile – the closest approximation to what you might get if Apple decided to make a pro version of its own Camera app.

Not to be mistaken for the similarly-named iPhone app above, ProCam X for Android is an entirely separate (and simpler) venture. It’s best thought of as a premium alternative to Open Camera, with fewer features but more immediacy.

Everything the app offers is within easy reach. Manual control options sit above the shutter. Next to the shutter are buttons to adjust photo mode and switch between your device’s cameras. At the other end of the screen, you find a share button, HDR toggle, timer, flash control and settings.

The settings are worth working through, because they can be annoyingly opaque. You’ll need to figure out what certain options mean from cryptic icons. But once you’re sorted, you’ll find ProCam X a swift, efficient app for powering up your Android camera.

At least, you probably will. It worked well with our test phones, but Google Play feedback suggests that’s not the case with every Android smartphone. Fortunately, you can always try the free lite version and see how it fares on your device.

The word Photoshop is synonymous with high-end photographic retouching software, and so it’s curious to see it applied to this creative – yet often goofy – live filters app.

This is fun, playful stuff as you select a filter and have it transform a scene. If you’re a more conservative type, you can make do with making your lunch look a bit nicer or replacing the sky with a bluer one you wish was there. But far more creative fare lurks, including dazzling pop-art, glitches and giant lollipops with which to pepper the landscape.

The camera bit won’t win any awards. There’s a timer, flash control and an aspect ratio switch. But everything is responsive – impressive, given what’s going on – and you can always avoid the camera by loading existing snaps and using the app as a filters editor instead.

Android owners need to be aware of a gotcha, though – the app’s support on that platform is oddly scattergun, limited to specific devices. Quite why Adobe’s partaken in that kind of ‘filtering,’ we’ve no idea.

If you’ve used an iPhone for years, you’ll remember every app once imitated real-world materials. That trend long ago gave way to stark minimalism, but Hipstamatic Classic is a throwback. In this case, that’s a good thing, because the app aims to recreate the experience of analog photography.

You define set-ups that are a combination of lens, film and flash. When it’s time to shoot, you use a camera interface that resembles the real thing, bar an enlarged viewfinder. Snaps can be perused in-app, as a developed film strip of sorts. It’s a lot of fun.

Smartly, though, Hipstamatic Camera is more than a toy. When you shoot something, the app saves the original alongside the filtered image. There’s a pro camera mode, with manual shutter, ISO, exposure, zoom, focus, and white balance settings. Is it enough to replace the pro-oriented iPhone camera apps elsewhere in this list? Not quite. But those features are a considerate, genuinely useful addition to one of the best camera apps around and one that’s far more than it initially appears.

Wed May 12 , 2021
Web Hosting in Canada from 4GoodHosting comes with an opportunity to build a website in as little as 30 minutes. VANCOUVER, British Columbia (PRWEB) May 06, 2021 You don’t need to have any web development skills at all to be able to build a website these days, as many […] 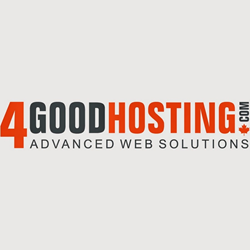