The Acer ConceptD 7 Ezel is a computer I will never own. But I really, really wish I could.

Artists, creators, and engineers who are looking for a powerful high-end convertible have all kinds of options on today’s market. But only Acer’s ConceptD line can fold in six different ways. There are not one, but two hinges attached to the display: a traditional clamshell hinge and another one in the middle of the lid that enables the screen to rotate outward. By using the two hinges in tandem, you can put the screen in nearly any position you want. This unique form factor makes the ConceptD 7 Ezel unlike any other laptop on the market. 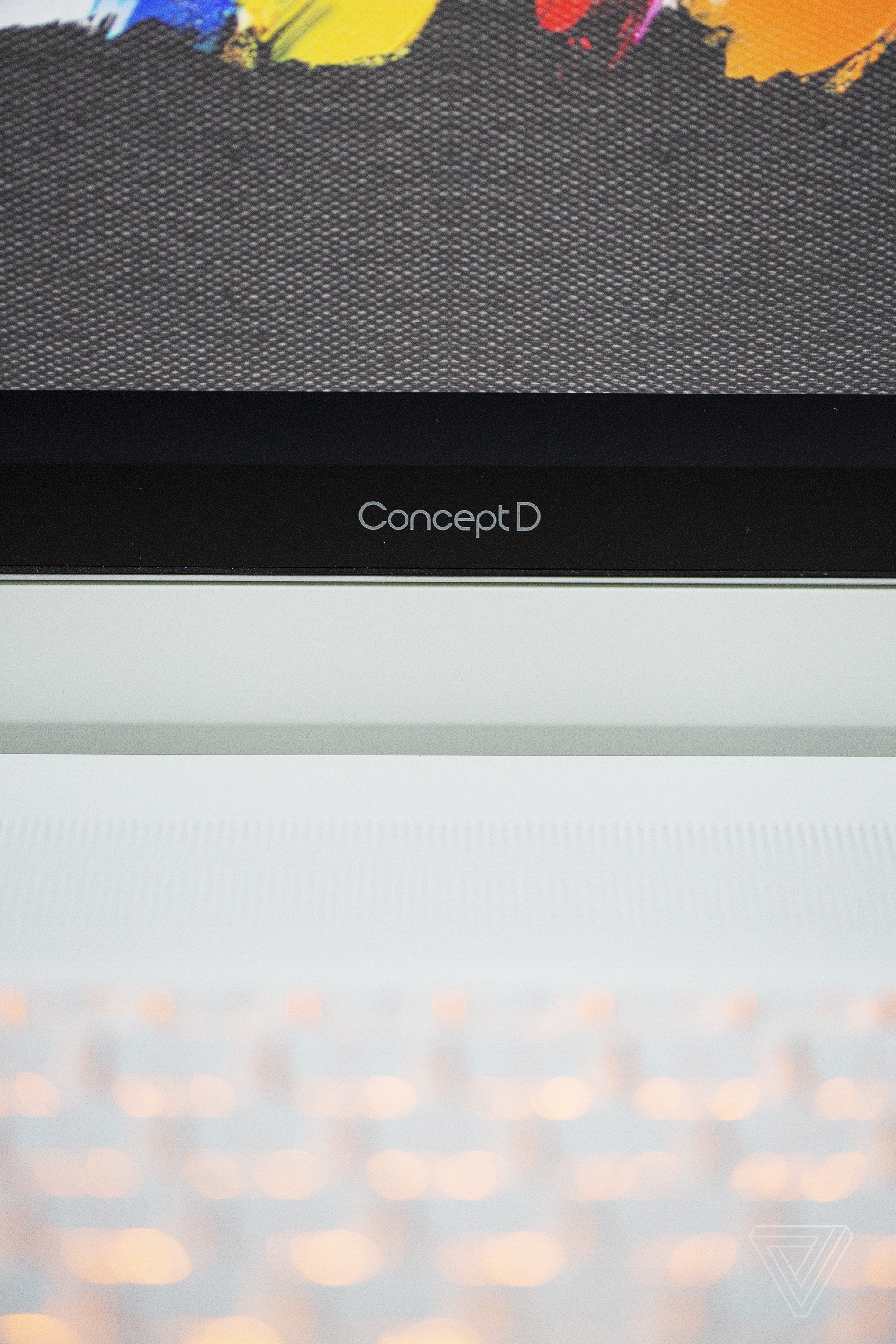 There are other things that separate the Ezel from something like a MacBook, of course. It also has a sleek look with an attractive finish, a gorgeous 15.6-inch 4K UHD touch display, a built-in Wacom EMR pen, and all the ports you need. The chips on the inside are quite powerful. But you can find similar benefits in many convertibles that are half the price. The people who should shell out thousands of dollars for this device are those who have a need for the combination of its unique form factor and large screen — and the rest of us can be jealous of them from afar.

A sleek look with an attractive finish

These prices will make the ConceptD 7 Ezel an unrealistic purchase for most people, but there’s a 14-inch ConceptD that’s more affordable if you’re interested in this form factor. For those whose work involves professional design and video editing, CGI, machine learning, and the like, Acer also sells a ConceptD 7 Ezel Pro with an Nvidia Quadro GPU. Those are expensive, and people whose work requires a Quadro likely know who they are.

The Ezel is too heavy to practically hold as a tablet

I started out using the Ezel in Laptop most of the time, but Float grew on me quickly. It brought the screen much closer to me — it’s pretty far away in Laptop mode, given the size of the keyboard deck. I can see the use cases for the other modes as well: I’d love to use Stand to take notes during a lecture, for example, and Share could be useful for drawing while standing at a desk. The one form I can’t really see myself using is Pad because, at 5.6 pounds, the Ezel is too heavy to practically hold as a tablet unless you’re swole.

The one hiccup I ran into is that the screen is very top-heavy. A few times when I picked the device up, the screen would start to fall forward and I’d have to catch it to keep the lid open. My preferences for Windows tablet mode vs. Windows desktop mode also didn’t quite line up with the device’s. It stayed in desktop mode when in Stand, for example, but I’d prefer it switch to Tablet Mode in that form since the keyboard isn’t accessible.

The fact that these form factors are useful, of course, doesn’t mean that most people need them. Convertibles like the Dell XPS 13 2-in-1 can emulate most of these positions as well (Float and Stand are the really unique ones). The Ezel is really meant for people who will be using the nontraditional forms a lot. For those people, it has two main benefits: moving the screen around is quite smooth and seamless (you don’t have to use two hands to flip the whole machine around, as you would with a 2-in-1 workstation), and the hinge is also sturdy enough that you can draw in Float and Share with no wobble at all. Of course, this sturdiness comes with a big weight penalty, in addition to its price premium — the Ezel is much heavier than most convertible machines.

That extra heft isn’t for nothing — there are some serious fans in this device. Specifically, there are two “4th-Gen AeroBlade 3D” fans in addition to three heat pipes, and there are vents all over the place including the sides of the case and above the keyboard. The system (which Acer calls its “Vortex Flow” design) did a good job of keeping the chassis cool during my day-to-day work — the bottom sometimes got warm but was never uncomfortably hot, and I never felt much heat on the keyboard or palm rests.

The fans had trouble keeping pace with the CPU

The fans had trouble keeping pace with the CPU, though. Temperatures stayed solidly in the mid-70s to mid-80s (Celsius) during a 30-minute loop of Cinebench — but throughout several runs of a five-minute, 33-second 4K video export in Adobe Premiere Pro, I saw it jump up to the mid-90s, and even high-90s often. Cinebench scores did decrease over time, and export times also got slower.

The ConceptD took two minutes and 55 seconds to complete the video export, which is one of the fastest times we’ve ever seen from a laptop. The Dell XPS 15 with the same processor and a GTX 1650 Ti took four minutes and 23 seconds (though different versions of Premiere Pro can impact export times, so synthetic benchmarks such as Cinebench are more precise for direct comparison).

I also ran PugetBench for Premiere Pro, which measures a device’s performance on a number of real-world Premiere Pro tasks, and the ConceptD scored a 604, which beats the XPS 15 as well. The ConceptD also solidly beats the XPS on Geekbench 5 across the board. The XPS isn’t exactly on a level playing field here, since it has a weaker GPU — these results just illustrate the increased performance that the ConceptD will give you for the extra money. Acer’s machine did lose to Apple’s M1 MacBook Pro in both single-core tests, which underscores how powerful Apple’s processor is in single-core workloads.

The Ezel comes with some software features tailored to creative work as well. In Acer’s ConceptD Palette app, you can swap between Native and Adobe RGB color presets, as well as customizable profiles. You can also monitor CPU, GPU, and memory usage to see how much power your apps are using, and you can toggle between various split-screen layouts if you’re multitasking.

Acer says it’s worked with developers to “optimize” the device to work with various software including Premiere Pro, After Effects, Maya, Revit, and KeyShot. You could also run games on the ConceptD, but it wouldn’t be the best choice since the screen is just 60Hz and won’t be able to display very high frame rates.

As is often the case with big workstations, the Ezel’s battery life isn’t amazing. I averaged four hours and five minutes of continuous use with the screen around 200 nits of brightness. That’s not unexpected, considering the high-resolution display and the discrete GPU, but it’s worth noting that you’ll probably need to bring the hefty brick with you if you’re taking the Ezel out and about.

Elsewhere, the ConceptD 7 is a fine laptop to use. The keyboard is a bit flatter than I prefer but comfortable enough. The backlighting is a dark orange color (Acer calls it warm amber) that looks nice against the white deck. The touchpad is a bit small for a laptop of this size and I sometimes hit plastic while scrolling, but it is quite smooth. The chassis itself is a sturdy magnesium-aluminum alloy, and it’s covered in a nice white finish that Acer says is “highly resistant” to dirt and sun exposure. There’s a fingerprint reader built into the power button on the left side of the chassis, which works just fine.

I enjoyed using the built-in stylus, though it’s a bit stiff to pull out of its garage and requires a substantial nail. The pen uses Wacom EMR technology, meaning it never needs to be charged; it draws its power from inside the display. I enjoyed the limited drawing I was able to do on the smooth matte display (I’m an amateur artist at best).

Acer says the ConceptD utilizes “improved psychoacoustics” to provide a better listening experience. You can swap between presets for music, voice, movies, and various types of games in the DTS:X Ultra app that comes preloaded if you have external speakers or headphones connected. If you’re using just the laptop, there are Music, Game, Movies, and Voice presets in ConceptD Palette. The dual front speakers themselves deliver not-great audio that’s quite lacking in the bass department.

The ConceptD 7 Ezel is… well, in a word, it’s awesome. But you don’t need me to tell you that you don’t need to spend $4,000 to get an awesome device. If you want a touchscreen convertible with stylus support and can live without quite this much processing power, devices like the Dell XPS 13 2-in-1 and the HP Spectre x360 15 are half the price of this device, more portable, and also have outstanding screens. The Spectre’s screen doesn’t literally fold over the keyboard, but it’ll work for many of the same use cases. And even for those who want this particular form factor, the smaller ConceptD 3 Ezel will be a more practical purchase. The ConceptD 7 Ezel is for those who need serious power.

But man, is the ConceptD 7 Ezel a great device for content creators. As a professional reviewer, I’ve used more creator-focused laptops than most people on the planet — and I’ve never used anything like this. It’s a great idea, it’s powerful, it’s well-built, and it’s a lot of fun to use. I won’t recommend that you buy it — but if you do, please know that I’m very jealous of you.

Mon May 17 , 2021
While research tends to go back and forth on the advantages of noise versus silence for creativity and productivity, I always find myself more relaxed and focused at work after turning on a light amount of ambient sound, usually with some combination of rain, fan noise, and white noise. That […]