This week we got the first glimpse of Bose’s upcoming QuietComfort headphones. Samsung gave us an official date for its next Unpacked event — August 11 — where we expect it announced its next foldable smartphones. And Google stopped selling its more-expensive Pixel Buds. A bunch of other cool gadgets were announced as well.

The Sony HT-A9 is an innovative home theater system that does away with the soundbar completely. Instead, it’s comprised of a control box, which you plug into your TV, and four wireless speakers that you place around the room. The four speakers — which act dedicated right, left, rear-right and rear-left channels — talk to each other wirelessly and are able to deliver an immersive surround sound experience that supports Dolby Atmos, DTS:X, Sony’s 360 Reality Audio. The system will support Chromecast, AirPlay 2 and Spotify Connect for easy music streaming, as well.

The system will be available this September or October.

The Sony HT-A7000 is the company’s newest high-end Dolby Atmos soundbar. It’s 7-channel soundbar with two HDMI 2.1 with eARC connections, meaning it’ll work with the latest-and-greatest 4K and 8K televisions as well as the latest generation consoles (like the PlayStation 5 and Xbox Series X). It can stream high-resolution audio, including
Sony’s immersive audio format, 360 Reality Audio; it also supports Apple AirPlay 2, Chromecast, Spotify Connect. The Sony HT-A7000 soundbar costs $1,300 on its own. You add the company’s newest SA-RS3S satellite speakers for an extra $350, or $400 or $700 on own of its two new subwoofers.

One Plus Buds Pro

One Plus announced its newest set of wireless earbuds alongside its upcoming Nord 2 smartphone. The Buds Pro look very similar to AirPods Pro (save for shiny chrome stem) and are packed with high-end features, including active noise-cancellation, support for Dolby Atmos audio, and a wireless charging case. They will be available to order on September 1.

Satechi released its next generation of wall chargers with Gallium Nitride (GaN), a material that is significantly more energy-efficient and space-efficient than traditional silicon. Basically, these GaN chargers are small, light and really powerful. There are three new chargers, each of which have three USB-C ports. There are 66-watt ($55) and 108-watt ($75) models both have three USB-C ports, while the 100-watt ($70) charger has a single USB-C port. All chargers are powerful enough to charge a laptop.

Anker’s newest dock supports 60-watts of passthrough charging via USB-C. It can also add a bunch of new ports to your workstation, including USB-A (3x), USB-C (1x), a 3.5mm headphone jack and a Gigabit Ethernet connection. It also has an HDMI port that supports 4K and a DisplayPort port, so it can be used to connect up to two external monitors (although, it can only be used with one external monitor when connected to a M1 Mac). It’s available for purchase now.

The Best DIY Crafting Tool You Can Buy

Wed Jul 28 , 2021
The Cricut Explore 3 is an amazing upgrade to Cricut machines. The new model cuts twice as fast and over 100 different types of materials. If you are upgrading from an older model, you’ll also love the ability to subscribe to the Cricut Design Space for access to projects, fonts, […] 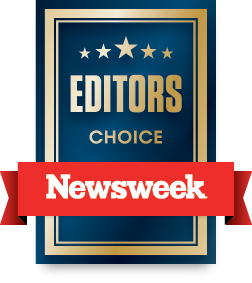